A couple are hoping to sell the house where the Titanic’s captain was born – despite it being haunted by the doomed vessel’s skipper.

Neil and Louise Bonner say their Stoke-on-Trent home is haunted by the captain of the Titanic.

Former residents of the 19th century Victorian property – the birthplace of Captain Edward John Smith – are convinced they’ve seen the ghost of the ship’s master in the bedroom.

The previous owners of the house even reported a mysterious flood in the kitchen and an ICY chill in the dining room.

Captain Smith, who was among 1,500 people who died when the Titanic struck an iceberg a century ago, lived at the house until he began his naval career as a teenager.

Married couple Neil and Louise Bonner paid £35,000 for the two-bedroom property in the Hanley area of Stoke-on-Trent, Staffs, in 2002.

But after renting it out for the last decade, the couple say there have been a number of ghostly sightings and ‘spooky goings-on’.

Freelance writer Mr Bonner, 64, said: ‘Some years ago we had a single chap living in there and he rang up one day convinced he had seen the ghost of the captain.

‘He had been at sea himself and said he was in bed when he saw him drift across the room.

‘The ghost wasn’t in a naval uniform or anything but he was certain he had seen him.

‘It hasn’t caused anyone to move out, but without doubt it could be haunted by the captain’s ghost because other people have reported spooky goings-on.

‘We’ve heard of things going bump in the night from other tenants.

‘Some have said they felt a really cold chill passing over them – as cold as an iceberg.’

To celebrate the 100th anniversary of the disaster, the couple, who live in Baswich, Staffordshire, are now putting the house back on the market for £80,000.

Mr Bonner added: ‘We bought it after seeing it featured on the news.

‘It’s been fascinating to have had a connection to the Titanic story and it’s certainly provided an interesting talking point over the years.’

Around five years ago the house suffered a watery fate like the Titanic – when a young couple flooded the kitchen.

Mr Bonner added: ‘We had a young couple in there who had stacked all the dishes in the sink after a party and they went away for the weekend but left the taps on.

Going down: A scene from the 1998 film Titanic: 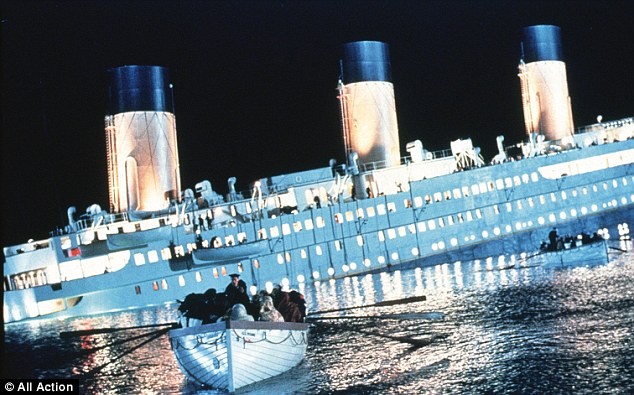 ‘We had a phone call from them on the Monday morning sheepishly saying “we’ve flooded the kitchen”.

‘I definitely had that sinking feeling when they started to explain, but at least it is all water-tight now.’

The couple have already been flooded with inquiries about the historic house – including interest from Titanic societies across the world.

Mrs Bonner, 60, a former university lecturer, said the end-of-terrace house was built in the early 19th century and used as a corner shop by Captain Smith’s mother.

She said: ‘It’s just a very humble and working-class house.

In good spirits: Neil Bonner relaxes in the bathroom of the house: 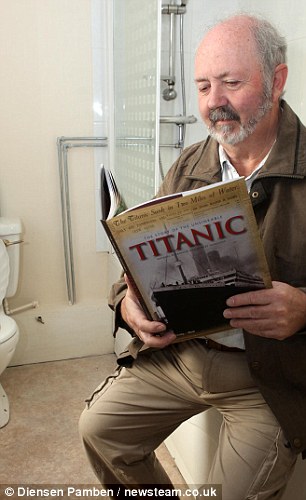 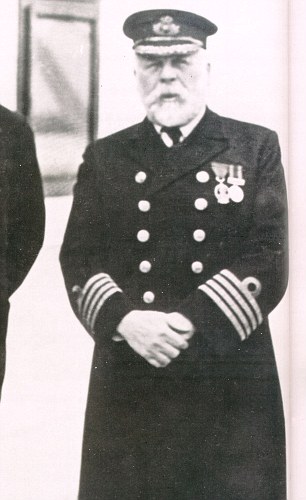 ‘Captain Smith left home when he was 13 or 14-years-old and he went away to sea.

‘We will miss the place. What we’re really looking for is a Titanic enthusiast to buy it and appreciate the history of it.

‘Since it went on the market it’s already triggered some interest.

‘One of those has included someone on the phone from a Titanic museum in Germany.’

For Captain Smith, commanding the Titanic on its maiden voyage to New York should have been a fitting end to his illustrious career.

But on April 14, 1912, just four days into its crossing, the supposedly unsinkable ship struck an iceberg in the Atlantic.

The glancing collision caused Titanic’s hull plates to buckle inwards in a number of locations on her starboard side – opening five of her 16 watertight compartments to the sea.

Over the next two and a half hours, the ship gradually filled with water and sank – sending 1,500 people to an icy death.

Fateful: The Titanic set sail from Southampton on April 10, 1912 on her maiden voyage to New York: 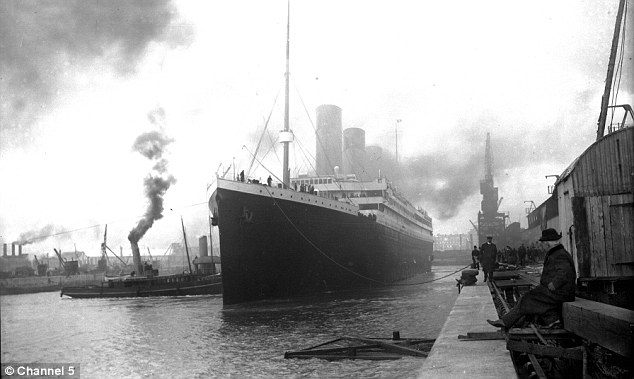