FROZEN CHARLOTTE: THE CREEPY VICTORIAN-ERA DOLLS THAT SLEPT IN COFFINS AND WERE BAKED INTO CAKES

Antique dolls can be rather creepy. But antique dolls kept in coffins or served up in puddings and cakes for ravenous young children are definitely creepy. But wait, how, you may ask, did all this creepiness come about?

Well dear reader, back in your great-great-great-great grandmama’s time, children were given a tiny pottery doll to play with. This doll was made from one piece of unglazed porcelain with no moveable limbs—pale white with only the slightest coloring on hair, cheeks, lips and eyes. Not exactly an iPad.

SCROLL DOWN FOR PHOTOS

The doll was originally manufactured in Germany in 1850 and sold as the perfect playmate for baby’s bathtime. However, it soon became associated with a popular poem of the day “Young Charlotte” written by humorist Seba Smith in 1840. The poem recounted the grim true tale of a young woman who had frozen to death one New Year’s Eve while out riding with her sweetheart in an open sleigh. This poor unfortunate lass had failed to heed her mother’s advice:

“O, daughter dear,” her mother cried,
“This blanket ’round you fold;
It is a dreadful night tonight,
You’ll catch your death of cold.”

“O, nay! O, nay!” young Charlotte cried,
And she laughed like a gypsy queen;
“To ride in blankets muffled up,
I never would be seen.”

“He took her hand in his — O, God!
’Twas cold and hard as stone;
He tore the mantle from her face,
Cold stars upon it shone.
Then quickly to the glowing hall,
Her lifeless form he bore;
Fair Charlotte’s eyes were closed in death,
Her voice was heard no more.

What had been intended as a German bath toy soon became known in America as a “Frozen Charlotte.” The dolls cost a penny and were insanely popular—some being sold with their very own coffin and blanket-cum-shroud. In Britain these dolls were often baked into a pudding or cake as a fun surprise for children to discover—or more likely break their teeth on—at Christmastime.

Frozen Charlotte dolls are highly collectible and if you fancy getting your hands on one, well put a bid in here. 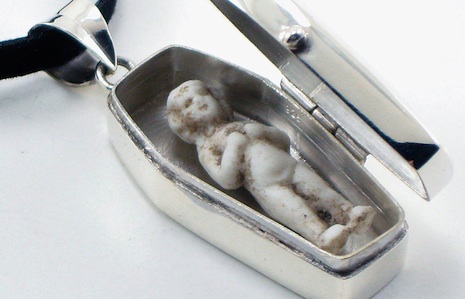 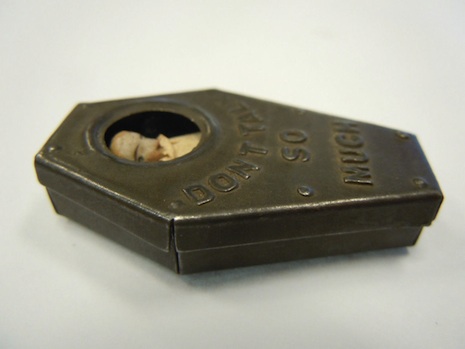 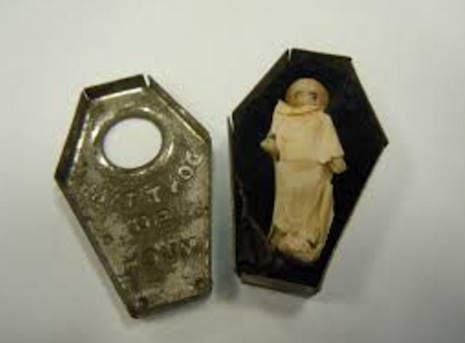 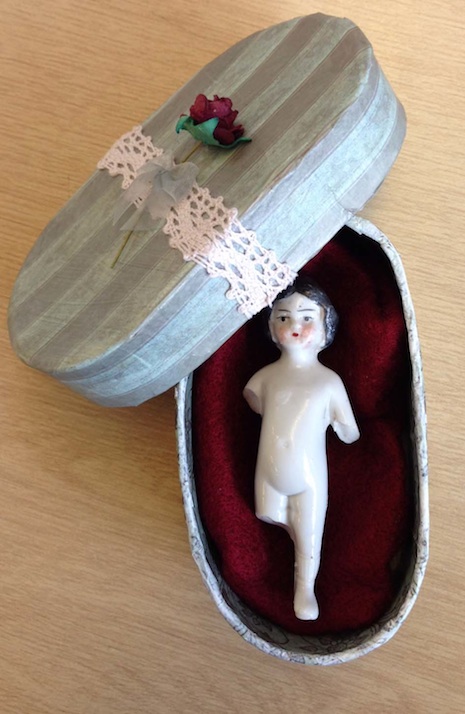 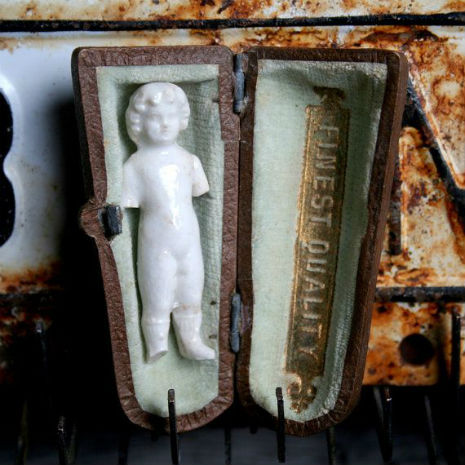 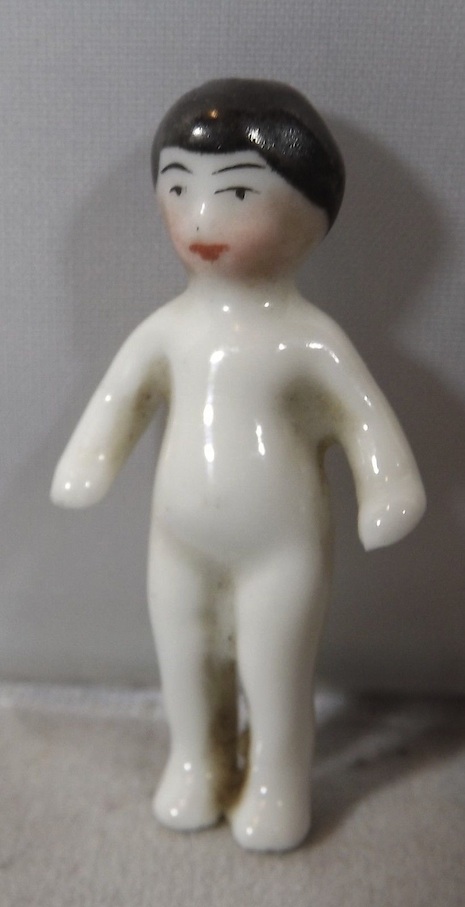 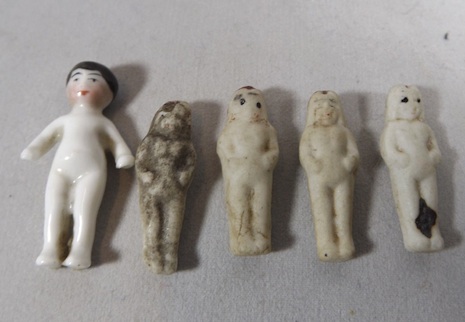 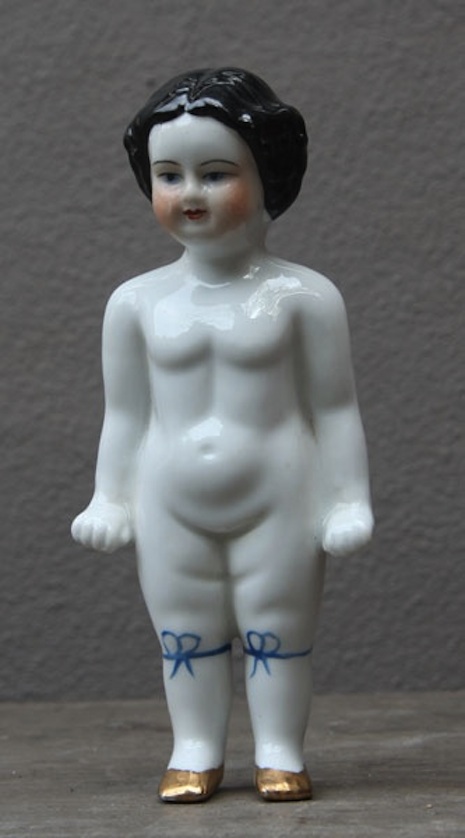