As reported by CNN. The long-anticipated arrival of that mysterious object from outer space came and went Friday without alien invasion or planetary destruction.

But scientists who orchestrated a rapid response to the recently discovered object declared their effort to be a smashing success.

The International Astronomical Center of Abu Dhabi, which helped organize the response along with the United Arab Emirates Space Agency, posted a brief video of the object’s re-entry off the coast of Sri Lanka on Friday evening.

The video, taken from a flying observatory, appears to show an object splitting into numerous pieces as it hurtles through the atmosphere.

“Our Pleasure Is It To Announce The Success Of The # WT1190F UAE Airborne Campaign,” the Astronomical Center tweeted Friday. “We saw and captured the reentry.”

The center reposted another, more dramatic video to its Facebook page. That video shows a fireball followed by a shower of objects against the blue sky.

It’s still not entirely clear what the object was, although scientists calculated that it was probably part of a spent rocket booster. Some conspiracy theorists feared that it might have been an alien craft or a space rock on a collision course with Earth.

Observers spotted the object, tagged WT1190F, on October 3, according to the European Space Agency.

According to the agency, it then realized the object had been spotted before, in 2013, by the Catalina Sky Survey at the University of Arizona.

Analysis of its movements suggested it wasn’t solid like rock. Rather, it had a density of about 10% that of water, according to scientists.

“This is too low to be a natural space rock, but it is compatible with being a hollow shell, such as the spent upper stage of a rocket,” the European agency said.

At a couple of meters (about 6½ feet) in diameter, the object was expected to pose little danger to anyone on Earth.

But the viewing effort proved a successful test of mechanisms to respond to an asteroid strike, which could bring catastrophic damage on Earth.

Scientists have long been alarmed by the prospect that a previously unknown asteroid could suddenly pop into view on a collision course with Earth.

How NASA will save the world from giant, killer asteroids

In fact, the encounter came just a few weeks after a newly spotted asteroid, traveling 78,000 miles an hour, zipped past Earth at a distance of about 300,000 miles.

Dubbed the Halloween asteroid, that rock is 15 to 30 times the size of the one that exploded in the sky over Chelyabinsk, Russia, in 2013, causing widespread damage and injuries.

Astronomers found the Halloween asteroid only in early October, and they were caught entirely by surprise by the Chelyabinsk rock. 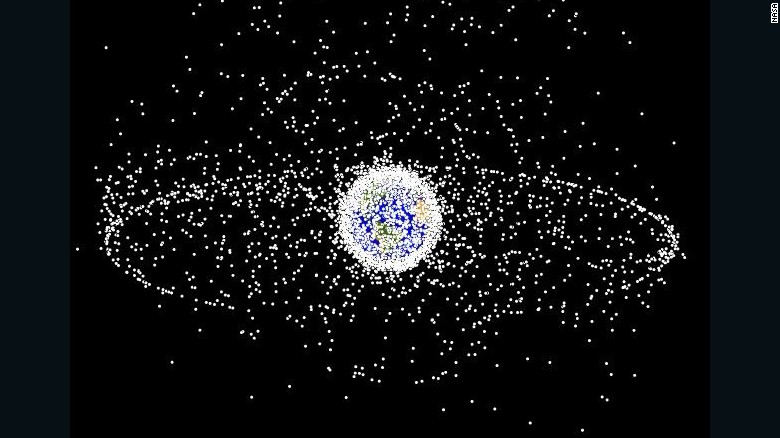